So today we went to the grocery store to get some food.  We didn’t know what to get, and wanted to get local food, so we asked some locals what to buy.  Apparently they grow a lot of produce here. Like, a LOT. Carrots are supposedly the “stuff”, so, naturally, we got some. Also, they told us they have the best tomatoes and very large cabbages.  One other thing; store employees here don’t wear uniforms, so it was very shocking to have one come up and grab our carrots and help us with the self-checkouts (which we really didn’t need).   – Josh 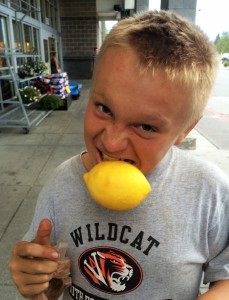 Today we went to the Fred Meyers grocery store to buy some food, and I had Jack and Brady in my shopping group. I didn’t really know what to get, so I ended up buying Sour Patch Kids, which turned out to be watermelon only flavor. Jack had other ideas. He ended up buying a nine-pound bottle of water (a gallon) and some hot Cheetos. He also bought something no one would expect. A poor little yellow lemon was sadly taken into the hands of Jack, which he ate like an orange. At least the van smelled good on the way home. – Kip 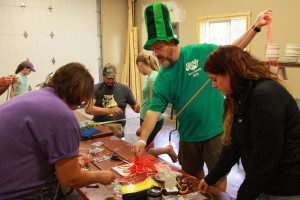 In addition to the grocery store trip camp also started today and we had 8 Alaskan students show up to Eaglecrest. Kelsey and Emily lead a Life Skill station that was about “How to Mingle” in groups. The skills clubs that took place were paracord bracelet/tie-die 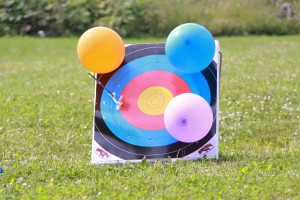 After dinner the Eaglecrest staff took us on a hike where we tackled a short but steep climb to the top of “The Butte.” The view from the top is well worth the tiring trek up the dusty hill. 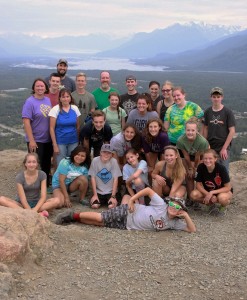 Now it’s lights out time back at the camp. Everyone is happy, healthy and tired.

Signing off for now. – Brady